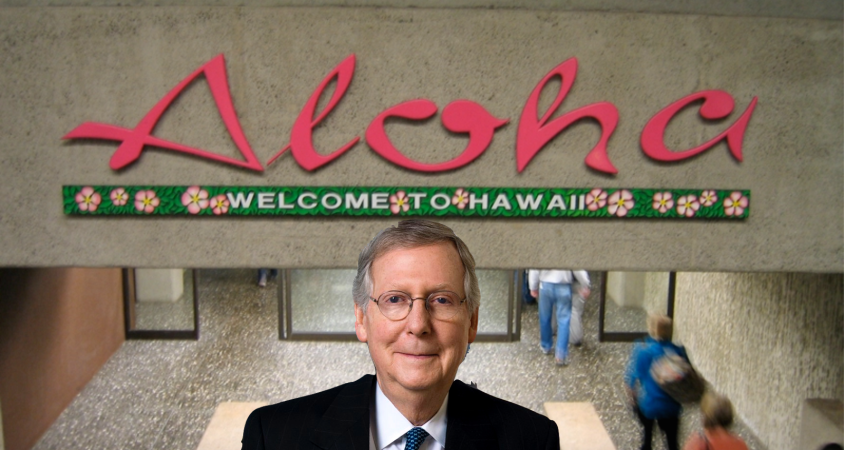 After a brief vacation Senate Majority Leader Mitch McConnell has returned from his vacation to Kenya.

“It was nice to take some time to get away from it all,” said McConnell. “And by ‘it all,’ I mean all of the Congressional responsibilities I should be fulfilling. People have no idea that doing so little takes so much out of you. Preventing the Constitutional process of appointment has made this week particularly exhausting.”

When asked about what he thought of Kenya, he responded, “There were more white people than I expected, which was really nice. You would think that Obama’s homeland would be full of other Muslims, but I did not see a single Mosque.”

McConnell continued, “I wish we would have seen some animals on our safari. I paid some brown guy to drive us around in his truck and all we saw was fat white people in floral print shirts. That’s not the kind of white rhino I wanted to see.”

When asked about why his photo was in front of sign that said Hawaii, McConnell responded, “That’s how you say Kenya in Kenyan, everyone knows that.”