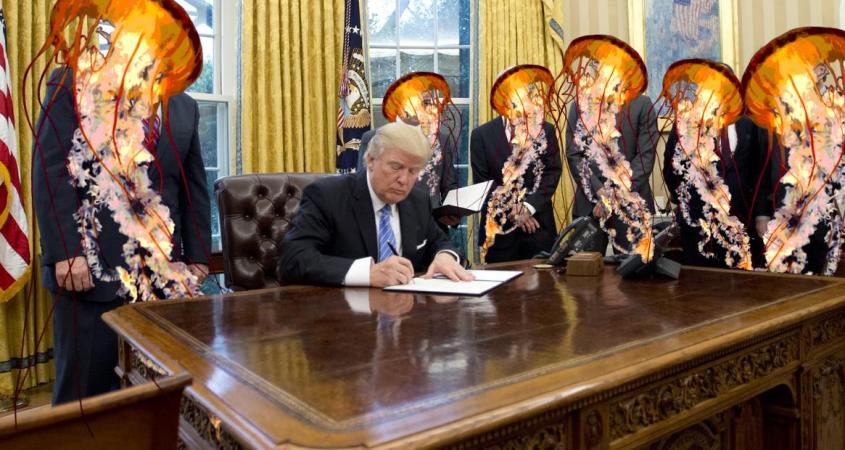 Donald Trump was photographed this Monday signing an executive order banning federal funding to pro-abortion programs as he sat in the oval office surrounded by jellyfish.

Trump was making good on one of his most fundamental campaign promises, but some argued the presence of spineless diplomats undermined his decision. Senator Elizabeth Warren (D-MA), who has repeatedly pushed back against Trump’s policies, argued that the jellyfish who assisted in drafting the order were, “brainless, naturally.”

“These jellyfish have no right to make decisions about a woman’s body,” the senator continued pointedly. “It’s almost as if he were surrounded by men.”