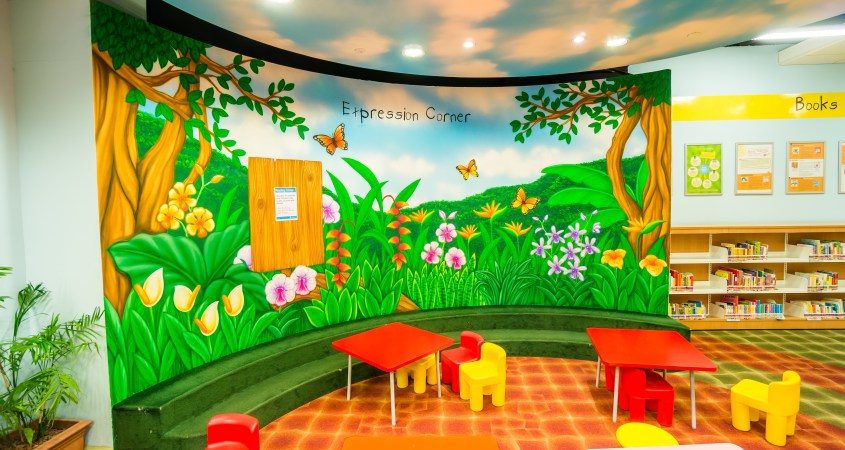 Earlier this week, Bowdoin received an unconventional alumni donation. George Ross ‘87 will be donating $3.7 million to support what he claims is “an undeveloped and underutilized resource at Bowdoin”: the “Children’s Corner” in Hawthorne-Longfellow Library.

If you didn’t know Bowdoin had a section devoted to adolescent pleasure reading, you are not alone. The Children’s Corner, previously across from the main entrance to H-L, will undergo substantial changes after the exorbitant donation. Ross’ gift is expected to allow for the purchase of close to 17,000 new books for the Children’s Corner. The college plans to renovate the Shannon and Pickering Rooms in Hubbard hall to accommodate the expansion of the collection.

Ross stipulated in his donation that these new books should primarily be picture books and chapter books with at most 100 pages. He thought these books would be more appealing to the student population than other, more advanced options. On the topic of literacy discrimination at higher education institutions, Ross said, “It’s just crazy to me that the barely literate don’t receive more help at a school as inclusive as Bowdoin. I was lucky I played a sport. Also, what does ‘inclusive’ mean?”

Additionally, Ross claimed access to picture books was crucial to him finishing his English major. He stated, “I took a lot of classes where each student chose their own novels to read, so whenever an essay was assigned, I went right to the Corner and grabbed some Seuss or Silverstein or Dahl. You know, the classics.” Ross, who now somehow owns a publishing company, claimed these literary magnates developed his writing and rhetorical analysis skills. He believes his donation will help Bowdoin students experience the literary genius of Magic Treehouse and other modern masterpieces. “I read at roughly a 3rd grade level,” Ross added.

The donation will also create an endowed curator of the new and improved Children’s Corner. With a starting salary of $534,000, the Children’s Corner curator will be the 2nd highest paid college employee behind CIO Paula Volent. Applications are now available on JobX.