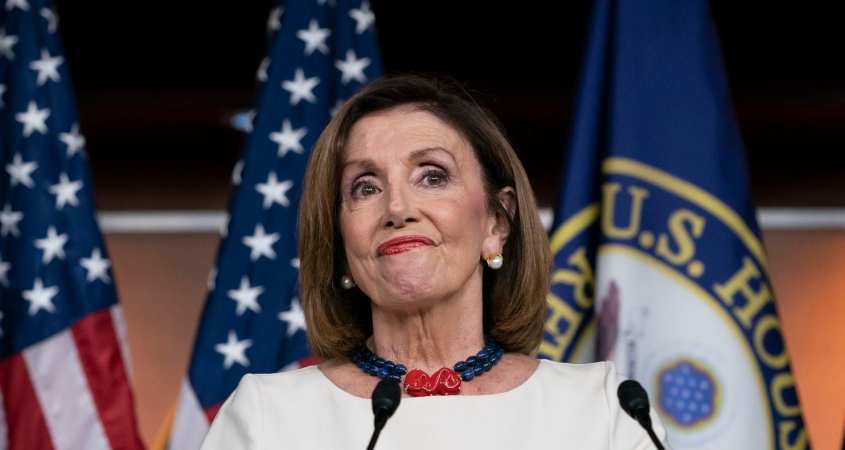 No one was surprised when, after a few moments of grunting, pushing, and eye rolling, Nancy Pelosi announced a formal impeachment inquiry concerning President Donald Trump’s call with the Ukrainian president.

First year Jenny Lang found her own weekend hookup frighteningly similar to Congress’s current entanglement. “Sometimes, I feel like I’m the only one being crushed by the weight of a sweaty white dude who won’t shut up about how rich their dad is. Then, I look at the House Democrats, and Nancy Pelosi suddenly becomes the most relatable person………..” Lang said.

Lang, who first met her hookup while drunk at a College House, and Pelosi, who first met Trump while wishing she was drunk at the White House, both recall being uncertain how their relationships started. “He just sort of showed up, seemed pretty dumb and bewildered, so I tried to be nice,” they both said.

Both Lang and Pelosi recounted feeling peer-pressured to tame their respective men. “But in all honesty, I was just looking for the easiest excuse to get rid of him once things started,” Lang said.

Sources close to Pelosi described her as very anxious after the call to open the investigation, saying, “she immediately went out and polled half the country about whether they thought she made a mistake.” Lang, too, sought advice mid-hookup through a series of vague polls to her opinionated finsta community. When asked, “should I kick him out?” 65% of respondents to both polls said, “Probably.”