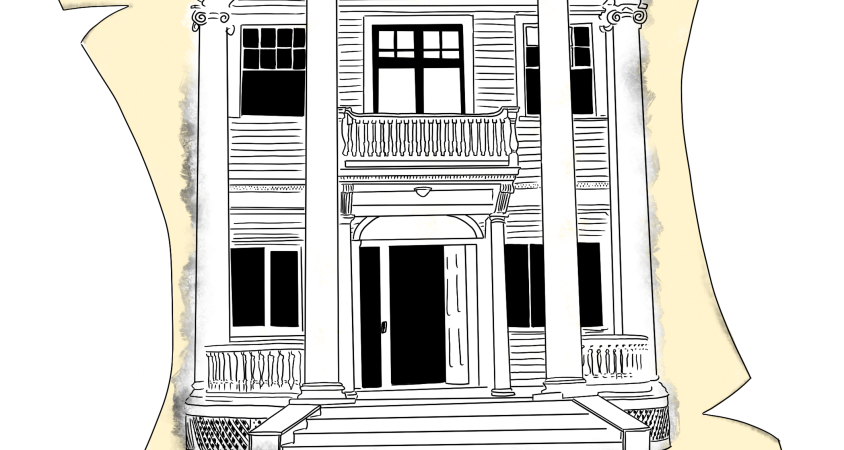 Stunned by the sheer amount of responsibility afforded to him as E-host for a Bowdoin college house party, Eggen Nog ‘25 took it upon himself last weekend to test the mettle of Baxter’s prospective partygoers. “If you want Ice that is Nat-Ty, you must answer my riddles three!” said he. Awestruck by the riddler’s might, the West-fifth five then choose to fight; in exchange for a night of glee, to answer his riddles, they agreed.

Said Nog: “What a comeback, but different kingdom come; while they would not speak, a friend one day did hum.” This first was meant to be a ball that curved, but he did not know the friends to whom he’d served. Thought did the five, combined their minds; once they knew, the eldest chimed: “A tough one, riddler, but we shall make you shift; it is falling in love with she whom your best friend once hooked up with!”

Thinking they’d not think it due to misogynistic nature, Nog realized these freshmen could pose some danger. Press on, he did: “You indeed are smart kids. Here be a dandy to tickle your fancy. What a sight! They’re centaurs by day; under the moon, though, they’re always done in eight.” This left the late teens stumped, and the line forming to their rear was by no means pumped. They looked at each other aimlessly, but no one gave news; meanwhile time was slipping like a snake with butter shoes. As Nog began to count down with speed, hope from their hearts began to bleed; and just as the riddler got to one, “It’s the bitch cup drinker at a Bowdoin Equestrian party!” exclaimed little Sally Tungsten.

The riddler could not believe; whatever he threw, these weary travelers just would not leave. While he did not believe it could come to this, he knew that his next must be his best; it could not miss. He could not let his programming chair down, nor risk the scorn of the house overlord, Jeremiah Brown. “You peasants aren’t getting in” warned Nog, “for my best one shall wear you thin. It swims in sweet, but it’s not home; just one taste may make your mouth foam.” Yet this is where Nog made a grave error; this party began promptly at 8, and our heroes had just come from dinner. With a certainty that strengthened their bond, that would from then on protect them from any boss, they exclaimed in unison: “It’s the olive and bits of feta that live in the Moulton salad bar applesauce!”

With a cry, Nog crumpled to the ground; our fabulous five ventured forward, along with their cheering crowd. A rager ensued, heard through the lands; sang all the singers, banded all the bands! And after a night of responsible drink counting, they returned as rightful heirs to West hall, and climbed up their mountain.