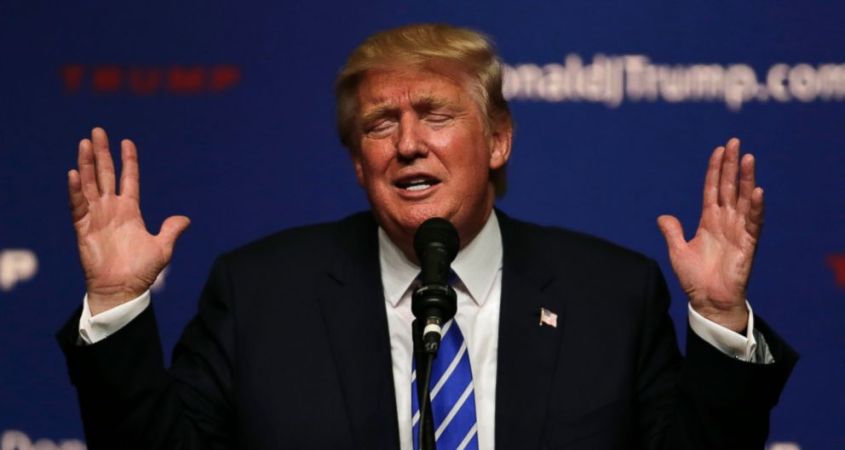 WASHINGTON – Earlier this week President Trump announced his plans to expand the United States Military budget by $54 billion and also that he has a large penis.

Many White House Press Corps reporters asked Press Secretary Sean Spicer why Mr. Trump devoted over six minutes to discussing his “colossal cock” in his statement. “The President is committed to national security. That is why the administration is committing $54 billion to the military,” Mr. Spicer said. “Also, the President has a gargantuan package. I’ve seen it. It’s very, very big. Trust me.”

During his statement, the President kept his hands out of view from reporters.