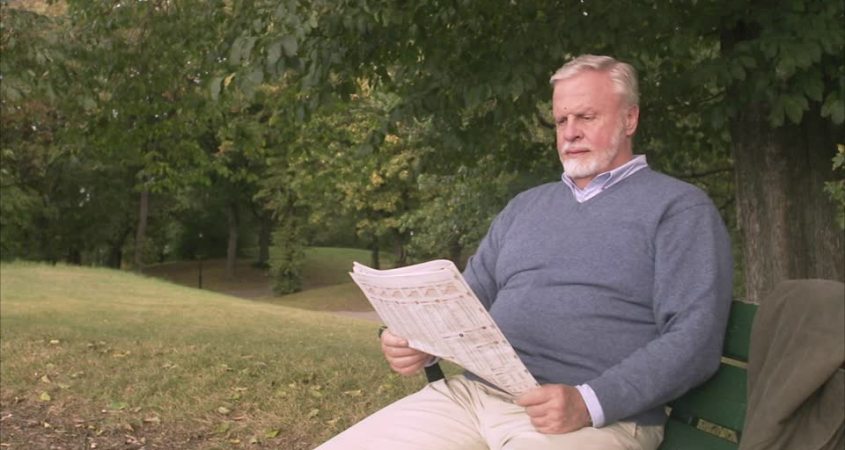 Sources alleged that Anderson was yelling phrases at the paper like, “Follow the money,” and, “Investigate the trail of clues that the money is leaving,” and, “Put a tracking device on the money and then wait for the money to arrive at its destination and then go to said destination.” He eventually lost his voice, but, while loudly shuffling through the pages of the publication, went on to produce a low-pitched growling noise from the back of his throat for five-and-half hours until the park closed for the day and he was asked to leave

“I don’t even think he was actually reading the paper,” said Dolores Higgins, a woman in the park. “I snuck up behind him to see what he was reacting to, and he was looking at the wedding section. He was staring at a photograph of a newlywed couple, and then just started shouting, ‘The money,’ for a while until he lost his breath. It looked like he needed to eat better and maybe exercise.”

“Sometimes he would make eye contact with me and gesture to the paper looking exasperated,” Higgins continued. “Then he would touch himself.”