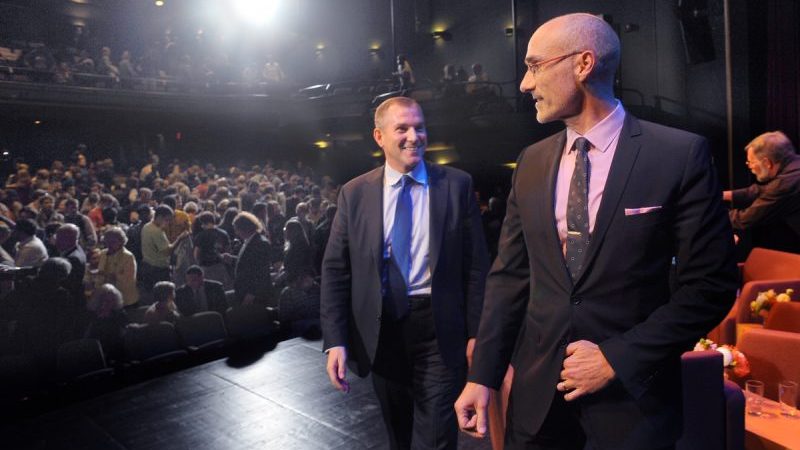 In the wake of an inspiring debate between a man in sequined platform shoes and a man in regular shoes, Clayton Rose explained the process behind planning Face to Face if not Eye to Eye.

“We tried to host this event last year, but our speakers somehow managed to speak face to face while simultaneously seeing eye to eye, said Rose. “It was chaos. This year we had to be absolutely certain there was no way our speakers would be able to see eye to eye, and that’s when I serendipitously stumbled upon this really magnificent pair of gold, sequined platform shoes on Etsy. I knew it was meant to be. Those babies made a pretty significant dent in the endowment, but they were worth it. I slipped them on, sat in the front row, and just as I suspected, my feet were all that Art and Frankie could look at.”

Speakers Arthur Brooks and Frank Bruni were apparently not difficult to find. “I put out an ad on Craigslist and those guys responded pretty much immediately,” said Rose. “They really needed the money I guess.”

Upon inquiring whether or not a similar debate could ever take place in the future, Rose said, “Oh, definitely. Between you and me, completely off the record, we’ve got a wicked pair of stilts bookmarked on Ebay for next year.”