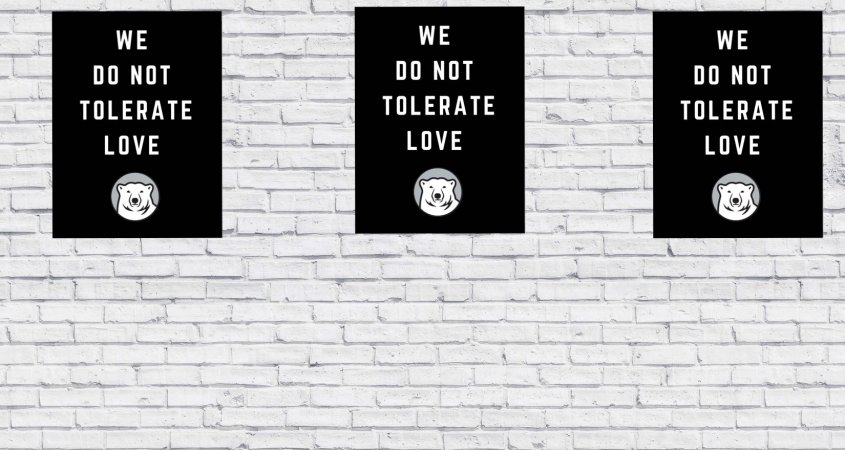 One campus goth who wished to remain unnamed commented, “Love is possibly one of the most hurtful and inexcusable inventions on the planet. Do you know how many people have died for love?”

When asked about the explicit bias incident to which the posters responded, he said, “what society refuses to acknowledge is the bias of prolific love graffiti in bathroom stalls. Why must ‘AB’ and ‘ES’ – grotesquely encircled by a heart – be allowed to profess their love on every public surface? They stab their eternal love into me like a pitchfork into hay.”

Another goth agreed. “The sexual innuendos in bathrooms burn my soul,” he said with quiet intensity, “I don’t even pee in bathrooms anymore…the Commons wilderness is more accommodating.”

Yet some Equality Officers say that their efforts have not gone far enough. “What about the people who don’t care about anything?” one spokesman demanded. “The apathetic and nihilistic have voices too!” Reports indicate the officers are immediately printing and displaying “We do Not Tolerate Any Kind of Emotion” posters to address the issue. The posters should be up later this week.

A rally for like, things in general, will be held next Sunday. Event organizers predict an emotional roller coaster.