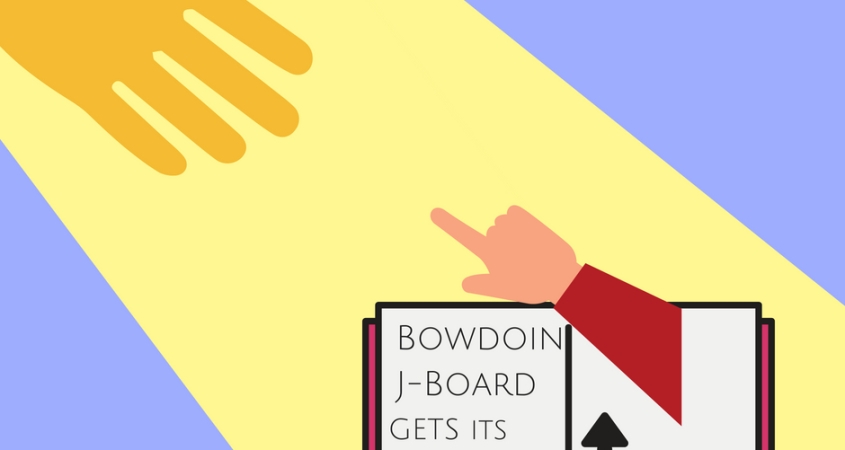 The Chair and Vice Chair of the J-Board asked us to remove their names from this article satirizing the Board, claiming it defamed their character. This assault on the integrity of the J-Board was so severe that they removed every copy of the Harpoon from Smith Union and HL. We decided to take them as seriously as they take themselves and removed their names.

In a recent interview with the Bowdoin Harpoon, Judicial Board President Lakeanna Polk claimed that the “J-Board gets its legitimacy from God.”

Ms. Polk’s comments come after recent criticisms of the board’s power and influence, culminating in August when Vice President Arnold Palmer appointed his favorite horse to the board.

Last May, the J-Board gave the Harpoon unprecedented access to one of their disciplinary hearings, under the condition we would protect the anonymity of the accused. We agreed to respect the stipulations and not reveal the identity of the male editor-in-chief of the Bowdoin Orient.

Arriving on purple sedan chairs, Polk and Palmer, festooned with rose garlands, called the meeting to order with an ivory hammer. After a ten-minute hearing, the J-Board sentenced Calderon MacHuman to death by stoning.

“We’re not subject to an earthly authority,” Polk said. “I am the state.”

The Dean’s Office later commuted MacHuman’s sentence to routine meetings with the writing center and meditation with Benny Painter.

The Bowdoin Harpoon is now on social, academic, and emotional probation.