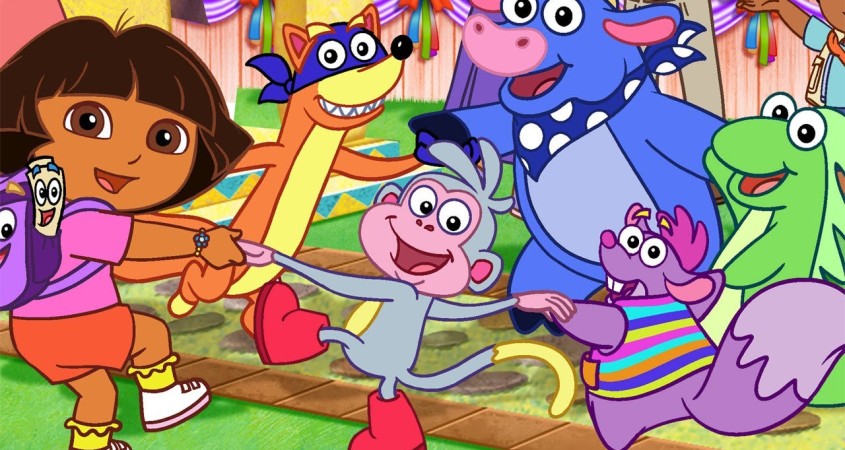 In the last few years, gritty reboots of once light-hearted shows such as “Sabrina the Teenage Witch” and “Power Rangers” have taken the world by storm. Turns out, there is a large market for TV resurrections that not only gut your childhood memories, but also piss on their grave. You might even be able to see a penis!

Now it’s everybody’s favorite condescending Latina’s turn. No, not Eva Longoria—Dora the Explorer! Except this time, Dora is Théodore, a sensual 5’4” Frenchman who explores every crevice of a voluptuous woman’s body, communicating with the audience under his breath as he lingers at each and every hole. Through his muttering, the audience learns the basics of the French language and the consequences of untreated late-stage syphilis.

The reboot is named “Théodore le explorateur et la femme rousse en forme de poire,” or in English, Théodore the Explorer and the Red-Haired Pear-Shaped Woman, and it debuts on HBO this spring. Jean-Luc Godard, the renowned filmmaker, called the program “the most titillating thing I’ve seen since I glimpsed Brigitte Bardot at Cannes tenderly applying sunscreen to her hairless cat.” Slavoj Žižek called it “underrated and surprisingly relatable.”

In one notable moment, as Théodore is pleasuring the woman, he begins repeating the word chatte, or “pussy.” Gradually, his voice becomes louder and he encourages the audience to yell along with him. The woman maintains a neutral expression. After the viewers have repeated the word sufficiently, the woman orgasms and Théodore looks directly into the camera while the screen fades to black. It’s a moment that is both emotional and educational.

Instead of Dora’s sidekick Boots, “Théodore le explorateur” features a totally hairless monkey named Sylvain. Generally, Sylvain sits in the background of each shot, eating shards of glass and drinking fine Burgundy wine, providing a humorous counterbalance to the action. Unfortunately, the monkey who plays Sylvain’s temperament was not to the director’s liking and his character gradually disappears over the course of the series.