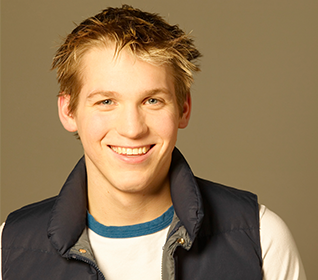 You see him sitting two tables down from yours in Moulton Dark Room. He’s not wearing anything especially noticeable, and his face screams, “I’m a normal human being.” You furrow your brow in deep thought. Was he in your first semester thirty-five-person Microeconomics class? Or did he just return from a four-month jaunt in Amsterdam or London or Chile?

Your upperclassman friends told you that there’d be a “really cool” guy coming back from abroad, and that you should “definitely keep an eye out for him.”  But how are you supposed to know if his clean-shaven face is the height of European fashion or a reflection of his boyish growth hormones? Is that Bowdoin shirt he’s wearing faded from two years of wear or because he spilled beer on it at a Moore pregame last Friday? Or both?

You try to recall all of the facts your friends have told you about this mystery junior: he plays the guitar, he’s a History major, and he once got so drunk he put pants on as a shirt and his shirt on as pants and tried to do a handstand but got confused about which were his legs so he just ended up standing still for three minutes while everybody at the party left because they were weirded out and bored. Hmm.

You’re walking on the quad later that day and you see that familiar yet oh so unusual clean shaven babyface. You time your gaze to meet his exactly as you pass each other, and see that he has as well. What could this mean? Has he heard of you too or is that just another ’23 who is confused why you’ve been staring at him?

Bzzz. You take your phone out of your pocket and see a text from your upperclassman friend: “Come to my party tonight! He’ll be there. He’s SO excited to meet you.” What could this MEAN? Was it HIM? You sigh and return your phone to your pocket. At last, this misery will finally cease. Bzz. It’s your floormate. “Wine night tonight, right?”