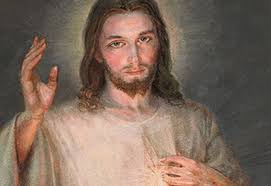 Last Sunday, around 2:00 PM, poor little Sally Lovejoy was wandering alone in the meadow after losing her way on a family picnic. Panicked, afraid, and out of data, she was beginning to lose hope.

Then, all of a sudden, God–in all of his glorious nudity–jumped out of a bush.

“Reverend Peadafeil, you promised me you wouldn’t surprise me like this anymore!” Sally screamed, “You told me…”

Sally started shrieking and running away. In a quick effort to stop the girl and save her from all of the pervs who line the park, God split open the Earth and blocked her with a wall of fire. Sally, awestruck and amazed, turned back to marvel at the glowing naked being. She realized that it truly was God. Gaining her trust, God knelt down beside her and asked if she would finally let him help her.

“No man has ever treated me like this before,” Sally whispered.
“But I am no man,” God responded. “I am God, and I have complete authority.”
While this sounded oddly familiar to Sally, she trusted him and listened. God illuminated the path that brought her back to her family.

When Sally later recounted the story to her parents, they realized that this whole thing sounded very wrong, and that the Church could very well be found guilty of child molestation. So, naturally, they decided to say nothing. Soon, however, as word began to spread among Sally’s Sunday School friends, Reverend Duchebaug found out. Jealous of his brother Reverend Peadafeil’s constant need to one-up him, he notified local authorities of a pedophilic flasher pretending to be God.

Ever since the tip, police have been searching the whole tri-state area trying to locate this “God” imposter. However, they have had trouble pinpointing his exact location. He appears to be directly above them at all times. When police tried questioning Sally, who they deem to be “brainwashed” by the experience, she only responds that her encounter was like “seven minutes in Heaven.”

The only thing locals can do now is keep a close eye on their children. Police Chief Warren reports, “We’ll find the perpetrator soon…he’ll reveal himself sooner or later…he can’t be far from the nearest elementary school.”